There are many different Camino routes but which trails are the ones preferred by pilgrims? Today we introduce you to the most popular Camino routes, taking into account the official pilgrim statistics from the Pilgrims Office in Santiago de Compostela, and the Fisterra public hostel ‘albergue’. 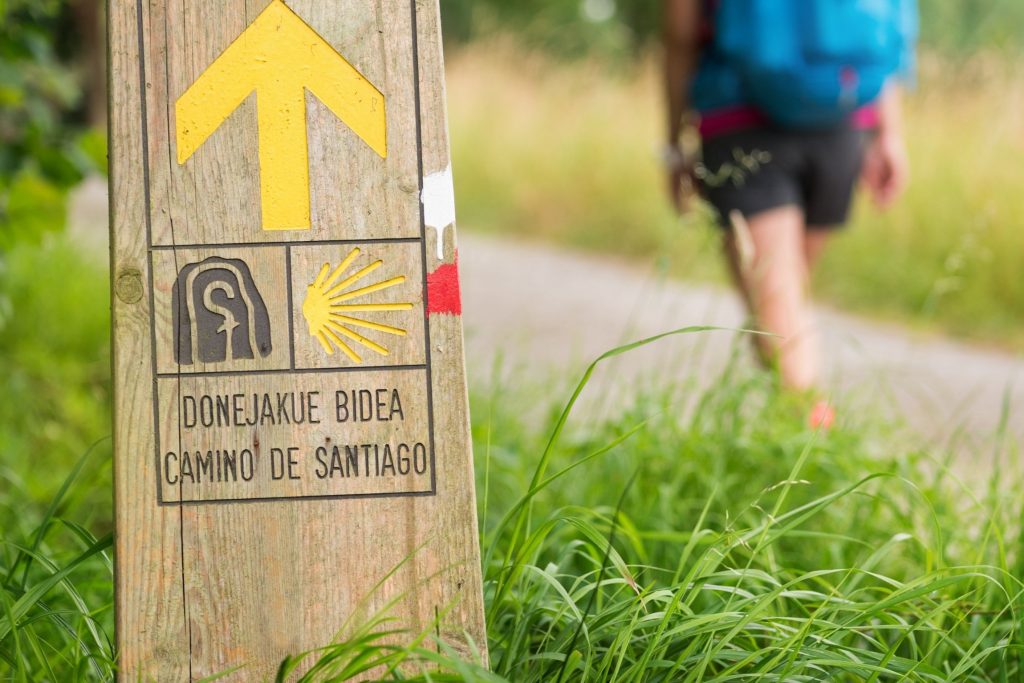 The Camino Frances has been the most important and popular route to Santiago de Compostela for many years. It is the best known of all Camino routes, and has featured in many movies and books such as The Way with Martin Sheen and the Pilgrimage by Paulo Coelho.

It is here where you will find the spirit of the Camino alive and at its best, as you share the paths of La Rioja, the Meseta and beyond with pilgrims from all over the world.

As other trails increase in popularity and pilgrims want to experience different Camino routes, the Camino Frances is however no longer seen as ‘The’ one and only Camino, even though it remains the busiest tail.

The Camino routes from Portugal have been the second favourite for Camino pilgrims for a good while, with the number of pilgrims choosing these routes increasing every year, particularly on the coastal route.

Over 20% of Camino pilgrims take the classic Camino Portugues (72.357), with a further 6% (22.292) taking the Coastal Camino Portugues that starts in Porto and follows the Atlantic coast towards Santiago.

Whether you opt for the classic route inland or the seaside option, they are superb Camino trails and highly recommended with plenty of wonderful scenery, charming towns and delicious food, both sides of the border.

While the Pilgrims’ Office registers the number of pilgrims walking to Santiago (1.548 in 2019) the local albergue in Finisterre also keeps track of the Finisterrana certificates issued to walkers arriving in Fisterra (25.326 in 2019).

This gives us a much better picture of the popularity of this Camino route, which is in fact, the third most popular among Camino pilgrims.

Many pilgrims actually walk to Finisterre and then on to Muxia after completing any of the other routes, as a continuation of their journey. It is believed this route predates Christianity so it could be older than the Camino itself. Pilgrims on this route will be rewarded with the stunning coastal landscapes of Galicia’s Costa da Morte.

The Camino del Norte route which starts in the Basque Country and takes in the whole North Coast of Spain is the fourth most popular Camino trail.

In 2019, 19.019 pilgrims walked this trail, which represents 5,47% of the total number of Compostela certificates issued that year.

This is another superb coastal trail that traces the shores of the Bay of Biscay, stopping in wonderful seaside towns and villages.

Very close in terms of pilgrim numbers, the Camino Ingles and Camino Primitivo routes both attracted nearly 16000 pilgrims in 2019.

The Camino Ingles is the shortest Camino route and one of the most manageable, as you can walk the whole route from Ferrol in just a few days.

The Camino Primitivo from Oviedo is in fact the oldest Camino route, taken by King Alfonso on his way to confirm the discovery of the remains of St James in the 9th century.

It is also one of the most challenging Camino routes in terms of terrain, on the first half from Oviedo to Lugo, but the views and wild landscapes are unforgettable.

These are the most popular Camino routes, in terms of pilgrim numbers, but there are many other trails, perfect for those looking for an off the beaten Camino experience, such as the Via de la Plata, the Camino de Invierno and further afield some great routes across France such as Le Puy and Vezelay.

For more information about the most popular Camino routes or to start planning your Camino de Santiago trip, contact our Camino travel experts.