School trip to Amsterdam: top things to do and see

With its unique architecture and network of canals, colourful markets and world famous museums, the Dutch capital Amsterdam is packed with interesting educational activities. We pick some of our favourite things to do and see on a school trip to Amsterdam: 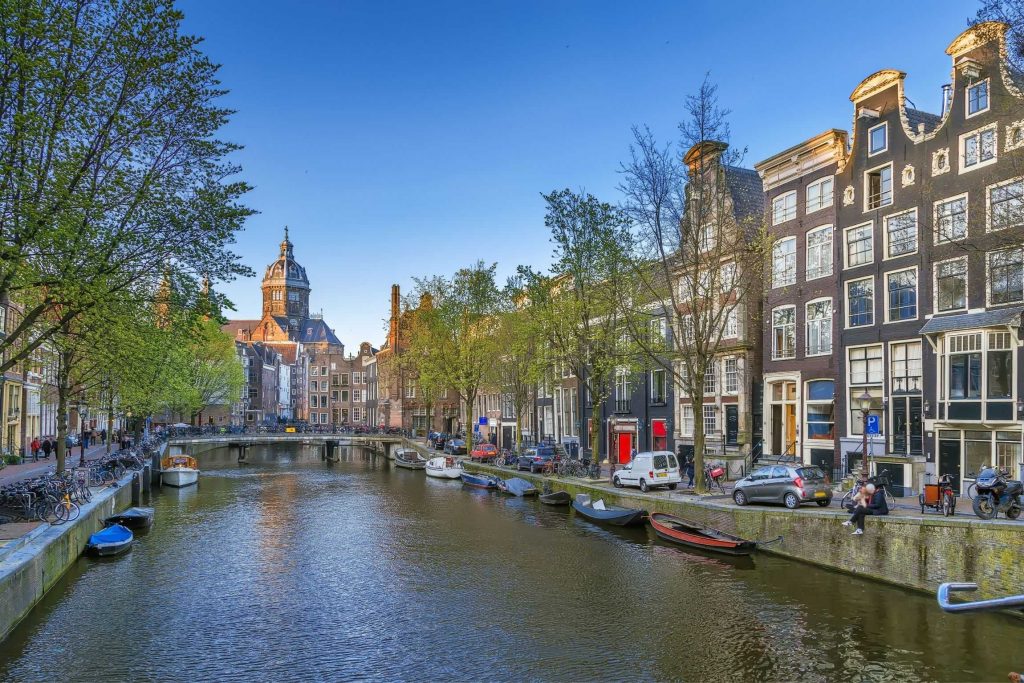 There are over 100kms of canals in Amsterdam and a whopping amount of bridges, approximately 1200.

Built in the 17th century, during the Dutch Golden Age, Amsterdam’s Canal Ring or Grachtengordel is a network of waterways that helped the city grow and expand, as land was reclaimed from the sea.

As the trading city boomed, developments flourished along the canals where grand merchant houses were built, giving the waterways their unique character.

Lined with pretty gabled houses, the picturesque Amsterdam canals are a UNESCO World Heritage Site and boat cruises are one of the most popular and fun ways to explore this floating city.

Get into the world of Van Gogh

There are over 50 fantastic museums in Amsterdam covering an incredible range of topics from tulips to Science or even cats. Amsterdam’s world class museums are also among the city’s top attractions and the Van Gogh Museum is unmissable.

Featuring letters, drawings and paintings by Vincent Van Gogh, it is the best place in the world to learn about the life, work and genius of the influential Dutch artist. It is also one of our groups favourite activities on a school trip to Amsterdam.

Another must-visit museum for your school trip to Amsterdam is the Rijksmuseum, also in the Museum District Museumplein. At the Rijksmuseum students can admire the classic works of art of the Dutch masters, such as Rembrandt and Vermeer.

The bright ‘I Amsterdam‘ sign at Museumplein has become a classic photo stop and selfie magnet for visitors since it first appeared in the city scape in 2004.

It became so popular and attracted so many people that the city authorities decided to remove it from Museumplein and place it in different places across the city, as a touring attraction.

During the Second World War, Jewish teenager Anne Frank and her family went into hiding and lived in a room known as the ‘Secret Annex’ at the back of a canal house in Amsterdam.

The Franks lived here for over two years until they were found by the Nazi authorities and deported to the Auschwitz concentration camp in 1944.

Only Anne Frank’s dad Otto survived the concentration camp and on his return to Amsterdam he compiled young Anne’s diaries, which detailed the family’s life while hiding from the Nazis. The diary was first published in Dutch in 1947 and became an international bestseller.

The Anne Frank House museum opened to the public in 1960, giving visitors an insight into the life of the Anne and her family, as well as educating the public about the Holocaust, discrimination and exclusion.

Say ‘Profetjees’ and other Dutch delicacies

There are traditional street food and international flavours galore in the many stalls, markets and restaurants across Amsterdam; and what best way to experience Dutch culture than sampling the local flavours?

Those with a sweet tooth will adore ‘profetjees’, a kind of small pancake served warm with a sugar dusting, as well as ‘stroopwafel’ caramel waffles.

If you are into savoury, Dutch cheeses such as gouda and edam; and ‘broodje haring’ raw herring buns with pickles are food classics you will find in the city’s markets.

These are some of our team’s favourite things not to miss on your school trip to Amsterdam but there are plenty of activities that can be organised for your tour. Talk to our travel experts at JWT Schools and we will create the perfect itinerary for your classroom/group.