Spanish food: 10 dishes to taste on your travels - JWT

One of the things we love the most about travelling is discovering and trying new foods and flavours. We bring you a quick guide to what to eat in Spain, our pick of classic Spanish food you should definitely try on your travels.

Gastronomy and traditional dishes can teach us a lot about a country and its culture. Spain’s regions have a rich culinary tradition, and depending on where you are in the country, you will encounter many unique local dishes and produce. 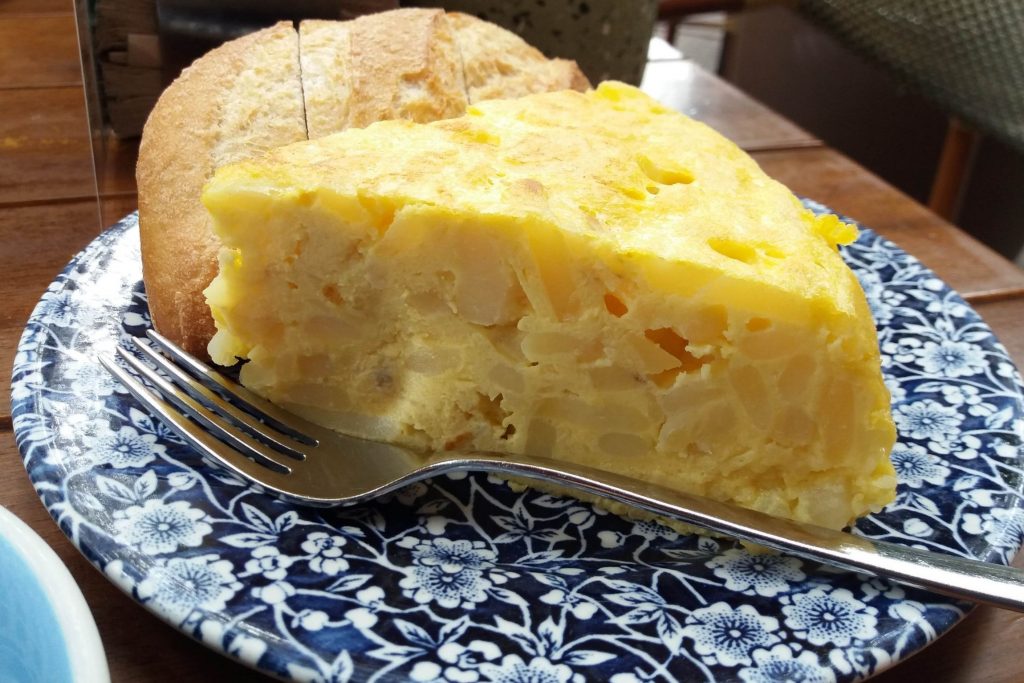 Found all over Spain, the humble ‘tortilla de patatas’, Spanish omelette or potato omelette, is not to be confused with its French counterpart, known in Spain as ‘tortilla Francesa’; or the ‘tortilla’ wraps used for Mexican dishes.

Spanish tortilla is a thick omelette made with copious amounts of eggs and potatoes, and quite often chopped onion. It is one of the staples of Spanish food and generally a crowd pleaser.

Each home has its own particular preference: well cooked, runny egg, no onion, a dash of chorizo, etc… but they are all delicious. It is found in most menus up and down the country, and it is also often served as a tapa or pintxo in bars and restaurants.

Paella could probably be crowned as the Queen of Spanish food, as it is the best known internationally.

While versions of paella can be found everywhere in Spain, traditional paella comes from the region of Valencia, on the Mediterranean, which is a region where rice is grown and harvested.

Today Valencian paella comes in different versions but the most traditional recipe includes green beans, chicken and rabbit. Artichokes, duck and even snails are also traditional ingredients found in the classic paella from Valencia.

From East to West, we travel to Galicia, destination of the Camino de Santiago, where octopus is one of its most classic dishes. In Galicia it is known as ‘Pulpo a Feira’, market day octopus, while in the rest of Spain, they generally call it Galician-style octopus.

It is a tasty dish of boiled octopus chopped and served on wooden platters, sprinkled with paprika, sea salt and olive oil. Sometimes it’s served with boiled potatoes but most of the time just with chunky crusty bread.

It was and still is often served in fairs and markets across Galicia, boiled in big copper cauldrons, hence its Galician name for it. In a way, it is Galicia’s ultimate ‘street food’ dish.

Padron peppers are another Galician favourite and come from the town of Padron, on the Camino Portugues. They are delicious little green peppers simply fried and sprinkled with sea salt. Some of them might be numb-your-mouth-spicy, just to keep you on your toes.

Moving on to sweet treats, one of our favourites is ‘chocolate con churros’ which is a thick hot chocolate with churro fritters. Simple and delicious, this is the edible equivalent of a warm hug.

You will find them in many cafes in the mornings and sometimes at ‘merienda’ time, in the late afternoons. 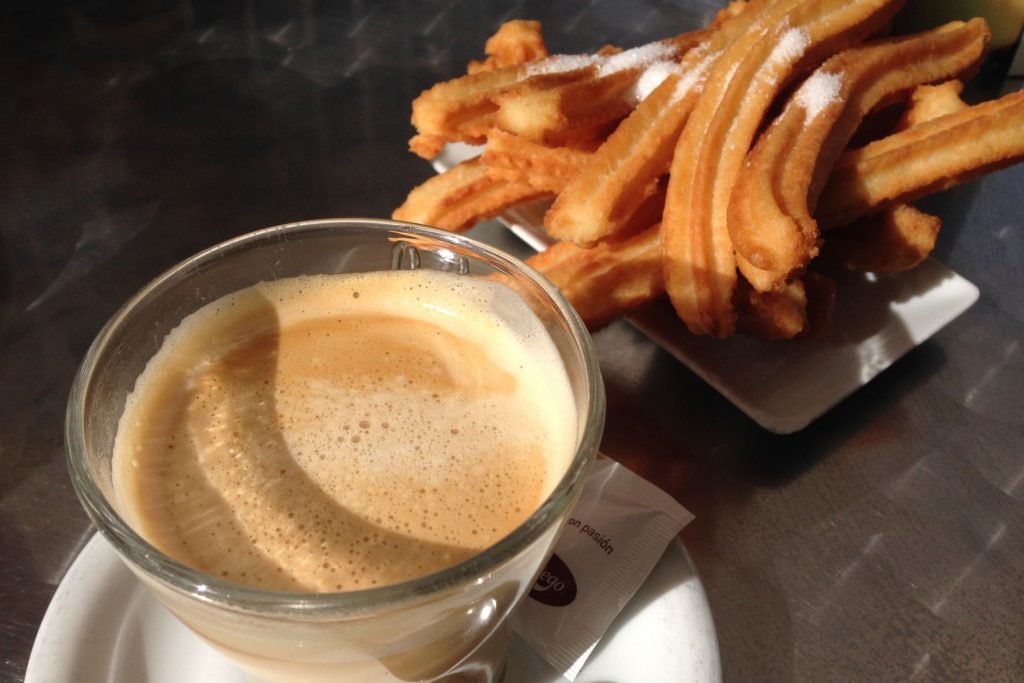 Santiago cake, made with grated almonds and decorated with the Santiago cross, is the perfect companion to your coffee.

From Andalucia, you should taste the classic gazpacho, a refreshing smooth tomato soup that was a staple for day labourers working the fields of the South of Spain.

Some might find the idea of cold tomato soup not very appealing but gazpacho is so much more than that, full of flavour with touches of garlic, olive oil and cucumber.

Fabada is a comforting and flavoursome white bean stew from the region of Asturias, on the Northern coast of Spain. Chorizo, garlic, paprika and ‘morcilla’ black pudding give this homely stew its richness, best enjoyed with crusty bread in the cooler months.

Just like other gastronomic specialties, cheese making in Spain is very different from region to region, with some scrumptious cheeses to be discovered, many protected by the Designation of Origin.

From Castilla La Mancha we get the classic Manchego cheese of cured sheep milk, from Asturias your taste buds are in for a treat with the Cabrales blue cheese, in the Basque Country and Navarra we get Idiazabal another deliciously tangy sheep’s cheese; from the green pastures of Galicia you get the creamy Tetilla and there are many, many more…

Another crowd pleaser Spanish food and popular as pintxos and tapas, croquetas can be found everywhere across Spain. These crunchy balls of breaded thick bechamel sauce come in various flavours, with the most traditional ones being salted cod or Serrano. For vegetarians, we highly recommend mushroom croquetas.

We hope you enjoyed our quick guide to Spanish food you should try on your travels, we will be bringing you more tasty ideas, stay tuned.