Cool, multicultural, vibrant, quirky and ever changing, Berlin is a city that has reinvented itself many times and that students adore. Today we cover some of the greatest things to do and see on a school trip to Berlin. 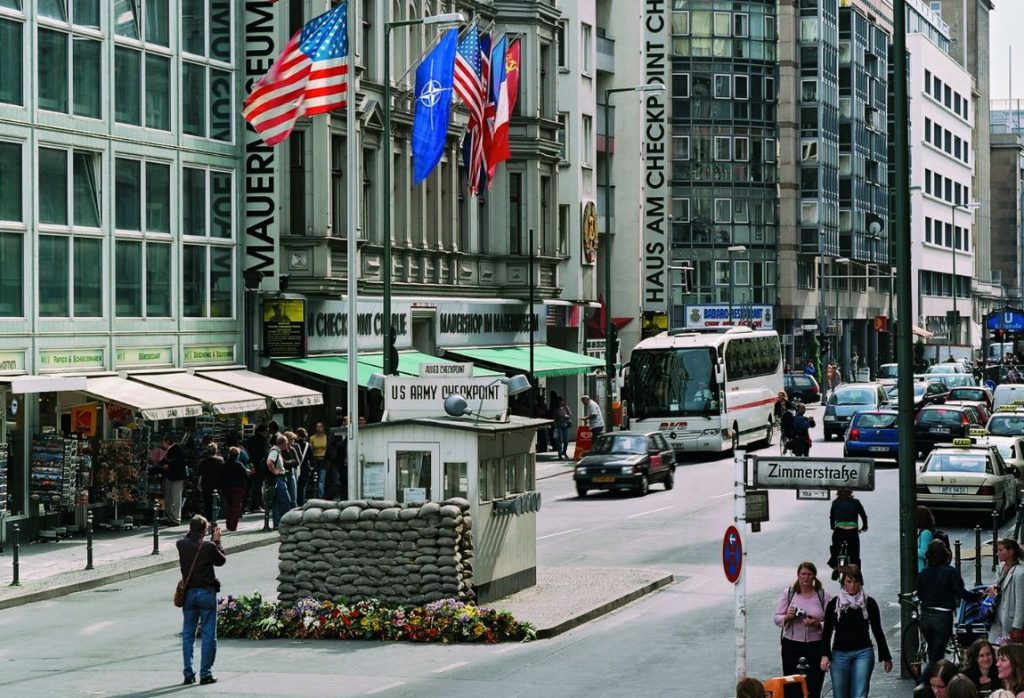 Destroyed during the Second World War and divided by its infamous wall for nearly 30 years, Berlin bears the scars of Europe’s turbulent 20th century and all those layers of history are part of its character and charm.

Checkpoint Charlie is possibly the most famous crossing between East and West Berlin from a time when the wall divided not only the city, but Germany, Europe and the World.

Very popular with tourists, Checkpoint Charlie is a must-visit in Berlin to understand a bit better the world of the Cold War. It was here were Soviet and American tanks and a tense confrontation in 1961. It was also the point of many escape attempts by people looking to cross over to West Berlin from the East.

Colourful murals decorate what is known as the East Side Gallery which at 1.3 kms is the longest remaining section of the Berlin Wall, the longest open air gallery in the world and one of the most photographed corners of Berlin.

It all started when the wall came down in 1989 and over 100 artists from 21 countries started painting their murals here, on this stretch of the wall by the Spree River. The East Side Gallery was declared an open air gallery officially on 28 September 1990 and today has protected memorial status.

The Berlin TV Tower at Alexanderplatz is an iconic symbol of Berlin but did you know you can go to the top and enjoy the best views of the city from its visitor platform and revolving restaurant?

Berlin’s Fernsehturm TV tower was built by the Soviets in 1965 as a symbol of their power in East Berlin. At 365metres it is the highest building in Germany.

Berlin has great museums covering all sorts of topics from the ancient world to life under the Stassi so you can pick your favourite for your school trip to Berlin. The city even has a ‘Museum Island’ which is a UNESCO World Heritage site and houses five incredible museums: Pergamonmuseum, Bode-Museum, Neues Museum, Alte Nationalgalerie and Altes Museum.

From the ancient world to recent history, another favourite is the Topography of Terror Museum, located in the former headquarters of the Gestapo and the SS, Nazis’ secret state police. It is one of the city’s most visited.

The Holocaust Memorial or Memorial to the Murdered Jews of Europe was built in 2005 and is one of the city’s most striking sights. This labyrinth of 2711 concrete columns of different heights is a stunning monument honouring the Jews who lost their lives in the Holocaust.

There is also an information centre beneath the memorial documenting the crimes of the Nazi regime.

Built in 1791 as a royal city gate, the neoclassical Brandenburg Gate is one of Berlin’s most iconic sights, sharing the limelight with the ubiquitous but more modern TV Tower.

It has been witness to many historic episodes, including the arrival of Napoleon’s army, who would take its Quadriga statue to Paris as a war bounty. After Napoleon’s abdication in 1814, the Quadriga would return to Berlin to crown the Brandenburg Gate again.

The Brandenburg Gate stood in an exclusion zone, inaccessible for nearly 30 years, from 1961 until the fall of the Berlin Wall and its reopening in December 1989 when 100,000 people gathered at the gate to celebrate the reunification of their city and country. Fittingly, the Brandenburg Gate has become a powerful symbol of Germany’s reunification and a must see on a school trip to Berlin. 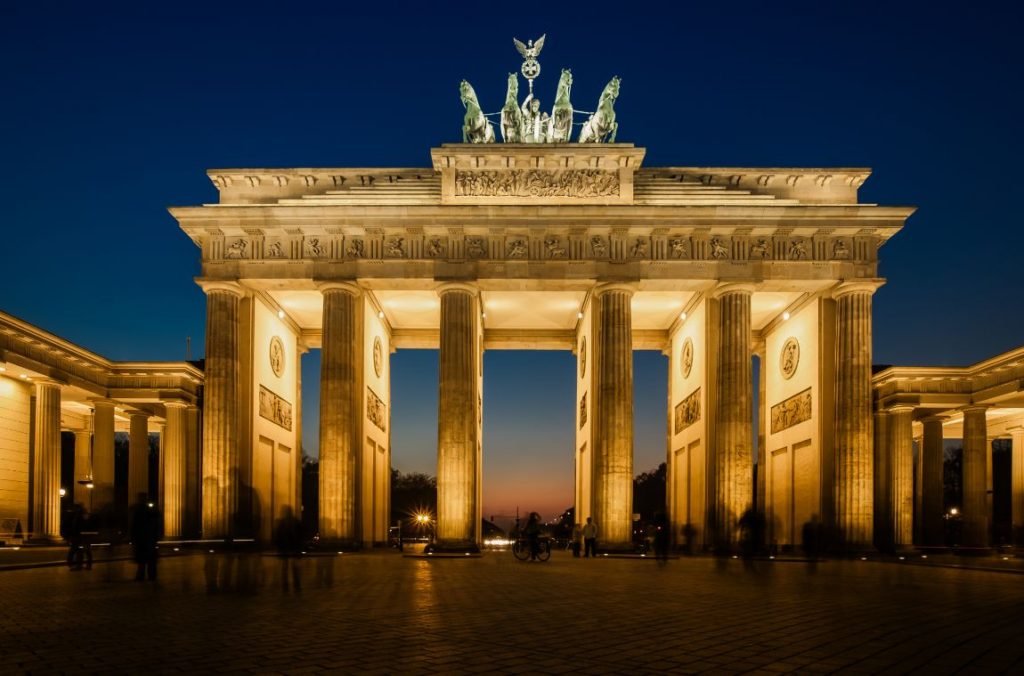 Another unmissable historic building in Berlin is the Reichstag, home of the German parliament, offering spectacular views of the city from its roof terrace.

Built in 1894, it suffered neglect during the Nazi regime and was greatly damaged during the Second World War. During the post-war years, the government of West Germany moved to Bonn and the Reichstag lay as a ruin until the 1960s when repair works took place and the building hosted an exhibition about the history of Germany.

The Reichstag was the site of the official reunification ceremony in 1990 and would go through an important refurbishment in the 1990s designed by architect Norman Foster. The Reichstag with its shiny glass dome would welcome again the German parliament in 1999.

It was March 1933 when an old factory in the town of Oranienburg near Berlin was converted into a concentration camp, one of the biggest in Nazi Germany. This site is today home to the Sachsenhausen Memorial Centre where students will learn about the horrors carried out by the the Nazi regime.

Berlin is also a city of many wonderful green spaces, where to stretch the legs, enjoy a picnic or simply enjoy the sunny weather and take a break from all the sightseeing.

For more information and ideas for your school trip to Berlin, contact our travel experts for advice and assistance.

Looking for ideas for your next school tour? Here are 8 exciting school trips abroad to help your students learn on the move: