Europe and its wonderful capital cities are a treasure trove of magnificent artwork. These masterpieces were imagined and expressed by artists that changed the way we look at the world, from Da Vinci to Picasso. Be ready to be inspired by these 5 European cities perfect for your next Art school trip: 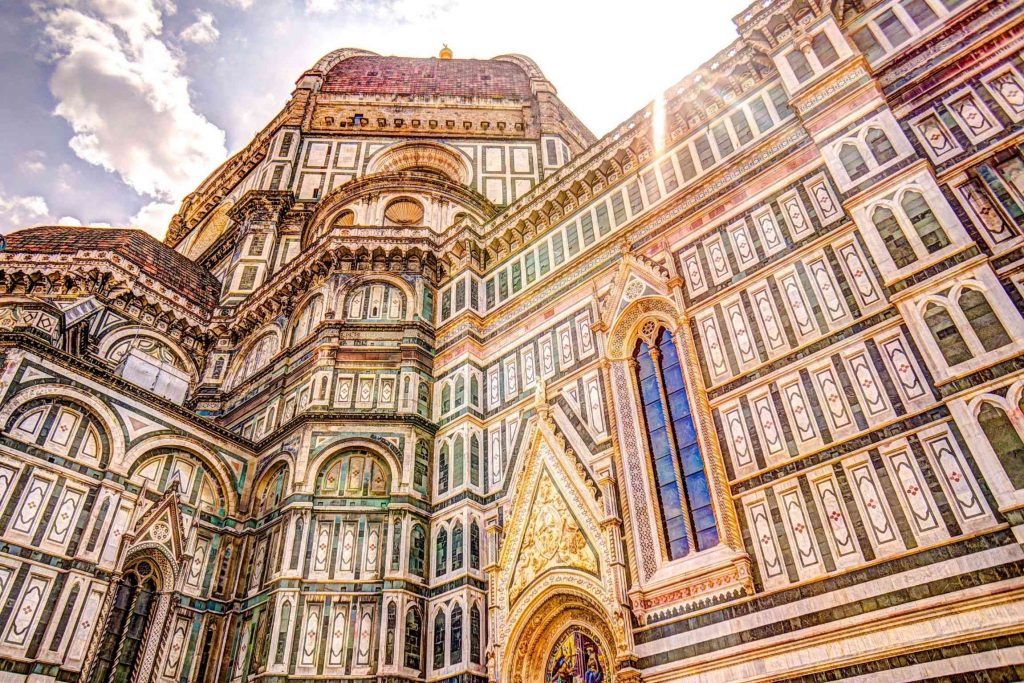 Pretty canals and colourful tulips might be the first thing that springs to mind when thinking about Amsterdam but the Dutch capital is also home to world-class museums and over 80 extraordinary art galleries.

The Rijksmuseum or National Museum is Amsterdam’s grandest museum, where students can see up close some of the masterpieces of the Dutch Golden Age such as Vermeer and Rembrandt.

A few metres away, the Van Gogh Museum is exclusively dedicated to the life and work of possibly the most famous Dutch artists of all time: Vincent van Gogh. It is the world’s largest collection of Van Gogh’ works, displaying over 200 paintings and 500 drawings as well as hundreds of letters.

Here students will be able to get an insight into the life and talent of Van Gogh, as well as admire his iconic post-impressionist paintings such as the Sunflowers, the Bedroom and his striking self-portraits.

The Stedelijk Museum features around 90,000 works of art and artefacts dating from 1870 to the modern day, taking students on a journey through 150 years of modern art, design and architecture.

At the Stedelijk, students can admire the works of visionary artists such as Cézanne, Chagall, Marlene Dumas, Matisse, Kandinsky, Mondrian, Picasso, Warhol and many others.

Beyond the Museum Quarter, Rembrandt’s House Museum is another interesting place to visit for Art students.

Birthplace of the Renaissance or ‘Rebirth’ movement that changed Europe, Florence is another unmissable destination for and Art school trip and a work of art in itself.

The piazzas, palaces, churches and buildings in this spectacular UNESCO-listed city were designed, built and decorated by some of the world’s top creators of their time, from Filippo Brunelleschi to Raphael and Michelangelo.

As well as exploring the streets of Florence marvelling at their beauty, there are two extraordinary galleries not to be missed on your Art school trip: Uffizi and L’Accademia.

At the Uffizi Gallery, students will encounter the greatest collection of Renaissance work, including Botticelli’s ‘The Birth of Venus’ and Leonardo da Vinci’s ‘The Annunciation’.

Despite being one of the most visited museums in the world, Uffizi wasn’t envisaged as a museum originally but a public office building (hence its name) where the wealthy Medici family displayed its private art collection only to distinguished guests.

The Accademia was established as a teaching facility for the Academy of Fine Arts in the 18th century at a time when Florence was the epicentre of the artistic and trading world. There students will be face to face with one of the world’s most famous sculptures: Michelangelo’s ‘David’, among many other treasures.

It also hosts a collection of over 40 antique musical instruments including the original Antonio Stradivari ‘Medici violin’.

Paseo del Arte, the Art Walk, is Madrid’s Art Golden Mile. In a stretch of just one kilometre, students can visit the city’s top three museums: Museo del Prado, Thyssen Bornemisza and Reina Sofia; and admire some of the most celebrated Spanish art of all time.

The Reina Sofia Museum of Modern Art is home to Picasso’s tragic ‘Guernica’, one of his most famous and powerful works. Guernica was painted in Paris in 1937, after the Nazis bombed the Basque town of Guernica during the Spanish Civil War.

With the start of World War II, Guernica was sent to New York’s Museum of Modern Art for safekeeping until the conflict ended. Picasso was adamant his painting shouldn’t be displayed in Spain until it was a democratic state. It wasn’t until 1981 that Guernica made its way to Spain.

Guernica is among over 22000 artworks on display at the Museo Reina Sofia by some of the most influential contemporary artists including other Spanish greats such as Salvador Dali and Joan Miro.

Museo del Prado is over 200 years old and home to the greatest collection of Spanish art. Students will travel back in time on a creative journey that will take them from medieval murals to the Spanish-Flemish Gothic and the masters of the Spanish Golden Age, admiring the works of artists such as El Greco, Goya and Velazquez. 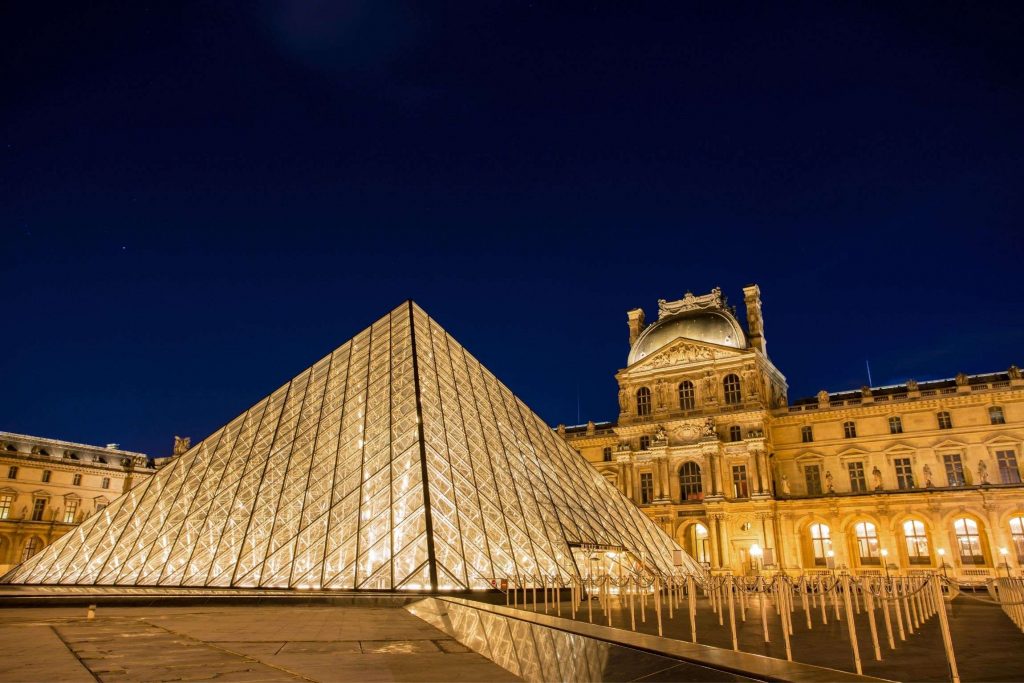 For most of the 19th and 20th century, Paris was Europe’s capital of Art. Picasso, Van Gogh, Matisse, Cezanne … All the finest painters of the era spent time or lived here.

This confluence of talent and creativity resulted in the birth of new styles and currents in art and design such as Impressionism, Cubism, Modernism and Art Deco. On an Art school trip to Paris, students can visit Paris’ many great museums, which are guardians of this rich creative tradition and feature among the world’s top.

Leading the way is the Louvre Museum, the world’s most visited museum which is a former palace and has been opened as a museum since 1793. Among its extraordinary pieces of art on display, the mysterious Mona Lisa by Leonardo da Vinci and the ancient Greek sculpture of Venus de Milo are the museum’s ‘celebrities’.

Another top museum, Musée d’Orsay, originally a train station, hosts an impressive collection of mainly French artists dating from 1848 to 1914 with a particular focus on Impressionism. It features works from Delacroix, Manet, Degas, Renoir, Monet, Cézanne, Van Gogh and many others covering different art forms, from painting to sculpture and photography.

To add a touch of Modern art to your Art school trip to Paris, students should include a visit to The Pompidou Centre, Musée National d’Art Moderne, which has a collection of over 50,000 pieces of art dating from 1905 onwards.

And last but not least, students can get a feel for the Paris where the Impressionists used to hang out, heading to the Montmartre neighbourhood which still retains its bohemian and artistic charm.

Since the fall of the Berlin Wall, Berlin has attracted artists from all over the world who have spent time or settled here, turning the German capital into Europe’s creative hotspot.

As David Bowie once said, Berlin is ‘The greatest cultural extravaganza that one could imagine.’

The city’s art scene is vibrant and diverse, ranging from small independent galleries to countless street art to cutting edge exhibitions and world-class events such as the Berlin Biennale of Contemporary Art and Berlin’s Art Week.

The Berlin Wall itself became an unexpected open air gallery after its fall in 1989. Over 100 murals were painted on a stretch of the remaining wall in 1990 by artists from all over the world. Known as the East Side Gallery, it is the longest preserved section of the Berlin Wall which separated East and West for 30 years.

The Pergamon Museum Collection of Classical Antiquities is one of the most important collections of Greek and Roman art in the world.