4 ideas for your school trip to Spain - JWT Travel

Looking for ideas for your school trip to Spain? From magical Moorish palaces to Modernist cathedrals, top football museums to ancient pilgrimage trails… we share some of our favourite destinations across this country of contrasts, incredible heritage and home to different cultures: 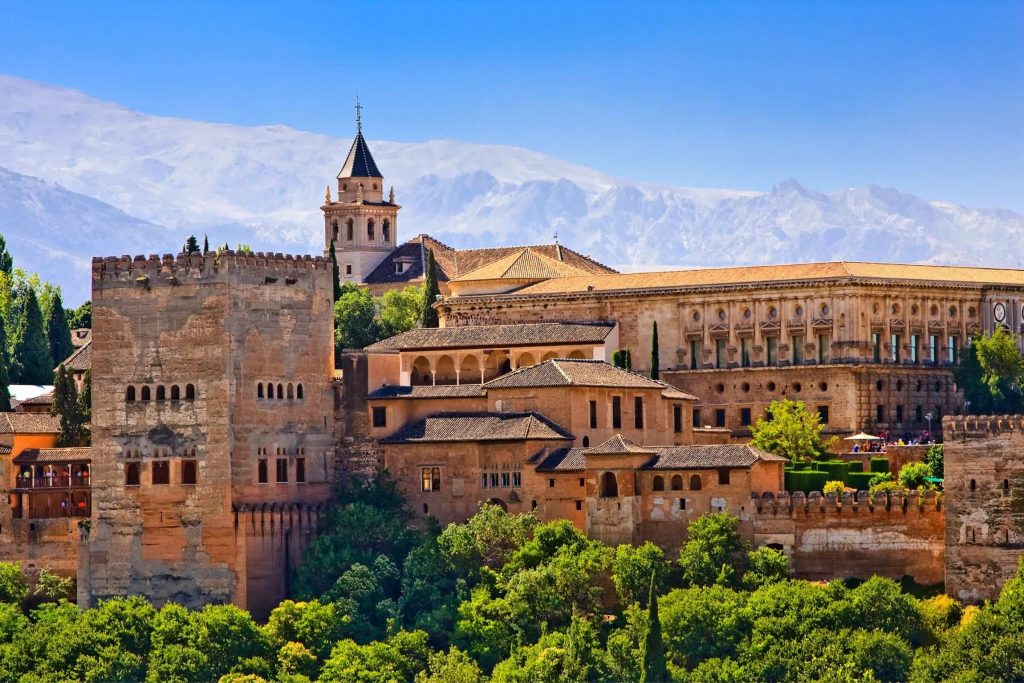 There was a time when Andalucia, in the South of Spain, was one of the most important cultural centres of the Muslim world. The influence of this period is palpable in the characteristic architecture of the region, which was under Moorish rule for nearly 800 years.

Many of the greatest monuments and buildings we admire today date from this fascinating time in history, which goes from the 8th century to the conquest of Granada in the 15th century.

Two of the finest and most impressive examples are without a doubt the UNESCO listed Alhambra in Granada, which translates as ‘red castle’ in Arabic; and the Cordoba Mosque which was eventually converted into a cathedral in the 13th century.

The concept of Al Andalus, which refers to Muslim Spain, was in fact much wider than just modern-day Andalucia. The territory varied and changed a lot over time, at one stage occupying most of the Iberian Peninsula and even reaching up to the South of France.

Particularly during the period of the Caliphate of Cordoba in the 10th century, Muslim Spain was one of the most prosperous and advanced regions in Europe, and open to people of all faiths and backgrounds.

A visit to Nou Camp, home of soccer greats FC Barcelona, complete with a training session with some of the club’s coaches is a dream come true for most football fans.

Barcelona or Barça, is one of the top football teams in the world, and as Catalans say it is ‘more than a club’, it is an institution. Barça’s founding values were associated with integration, a club that was accessible to all and also committed to protect Catalan identity.

Did you know their supporters, known as ‘Culés’, still own and manage the club today?

Combined with a sightseeing tour of the Catalan capital and admiring its Modernist gems, Barcelona is one of our most popular destinations for a school trip to Spain.

As far as active school tours go, the Camino de Santiago is quite special. It gives students not only a physical challenge to conquer but also serves as a vehicle to learn about the history of this fascinating pilgrimage and the heritage of the towns and cities along the way.

For instance, if walking across Galicia, they will notice there is another language spoken, Galego, besides Spanish; which is quite similar to Portuguese.

Pilgrims from all over Europe and the world have been walking the pilgrim paths to Santiago since the 9th century, when the remains of St James the Apostle were allegedly discovered by a sheperd.

During the heyday of pilgrimage in Medieval Europe, Santiago was one of the three main destinations for Christian pilgrims, along with Jerusalem and Rome.

Today, pilgrims walk to Santiago for a myriad of reasons, spiritual, religious or cultural. The Camino de Santiago is a fantastic opportunity to spend time as a team and maybe even practice a few words of Spanish. A great destination for a school trip to Spain that combines history and a physical challenge.

Spain’s capital Madrid is home to three extraordinary museums, among the best in Europe: Museo del Prado, Museo Thyssen-Bornemisza and Museo Reina Sofía, all within a 10 minute walk from each other, known as the ‘Art Walk’ or ‘Paseo del Arte’.

Museo del Prado is the country’s top museum and home to masterpieces by the Spanish, Italian and Flemish schools; as well as hosting the most extensive collection of art by Spanish painters. In 2019, El Prado celebrated 200 hundred years.

It is the place to visit if you’d like to admire some of the masterpieces of the Spanish Golden Age such as Velazquez’ Las Meninas or works by El Greco. There is also a whole gallery dedicated to Goya.

Museo Reina Sofía is dedicated to the greatest Spanish artworks of the 20th century, including collections by extraordinary artists Pablo Picasso and Salvador Dalí. It also hosts temporary exhibitions of contemporary art, both Spanish and international.

Picasso’s painting Guernica depicting the bombing of the Basque town during the Spanish Civil War is one of its biggest treasures and attractions.

Once part of the second largest private art collection in the world, the Museum Thyssen Bornemisza has an extraordinary collection of paintings by some of Europe’s finest painters, from the Old Masters to Italian Renaissance artists, 19th century greats, impressionists and cubists.

Some of the paintings displayed are loaned from the private collection of the owner, Baroness Thyssen. If you are looking for a school trip to Spain with an Art and Culture focus, Madrid is perfect.

We hope you find these four ideas for your school trip to Spain useful, contact our knowledgeable travel experts for advice and to help you start planning your tour.