Art, history, architecture, theatre… There are so many exciting subjects to explore on a school trip to New York City, a metropolis that has inspired numerous authors and featured in countless movies and novels.

We share our team’s top things to do and see on your school tour to the USA’s most emblematic city: 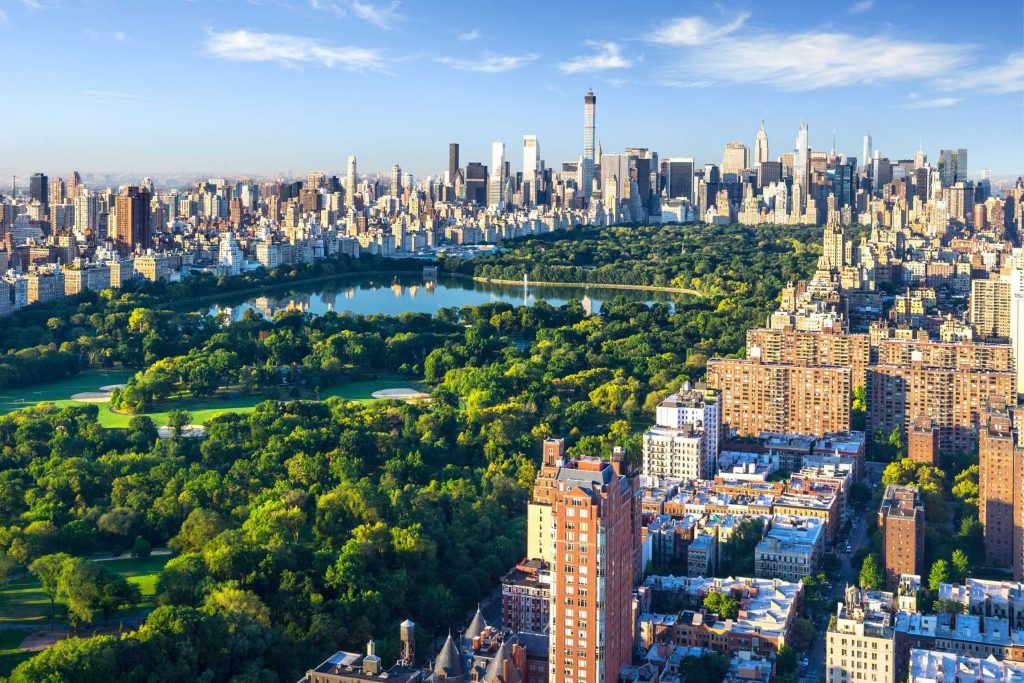 Statue of Liberty and Ellis Island

Take a ferry across Hudson Bay to visit the Statue of Liberty and the fascinating Ellis Island Immigration Museum.

Liberty lighting the world was gifted by France to the USA in 1886 and has since become one of the most iconic symbols of New York and the United States. But this place is also an important landmark in the social history of the country: the Statue of Lady Liberty would have been the first thing migrants saw as they arrived from Europe by sea.

Political turmoil and economic hardship forced many Europeans to emigrate during the 1800s, giving way to the first greatest wave of immigration from Europe into the United States. From 1855 to 1890 approximately eight million immigrants arrived at the New York State immigration station alone.

By 1890 the Federal government had taken over the individual states managing the arrival of immigrants and the centre on Ellis Island was built. Annie Moore, a teenage girl who travelled from Ireland with her younger brothers, was the very first person registered at Ellis Island on 1st January 1892.

More than 12 million immigrants more would arrive on Ellis Island, their port of entry into the United States, over the next 62 years.

Today, the Ellis Island Immigration Museum is a fantastic place to visit on a school trip to New York and learn about the history of immigration in the USA as well as the important legacy of the many communities that settled here.

New York from up high

Head to the Empire State Building or Top of the Rock Observation Centre at the Rockefeller Centre to get some of the best panoramic views of New York City.

From up high you can take in fully the bright lights of New York, its skyline, bridges, islands…

The city’s ‘green lung’, Central Park, is beautiful all year round and an unmissable landmark for any school trip to New York City.

On a crisp Autumn day, or Fall, the colours of Central Park are a stunning display of ochres, yellows and reds.

If you visit in winter time, Central Park is another traditional ice skating spot and a dusting of snow gives it a fairytale charm. Spring brings out all the vibrant colours of the plants, flowers and trees in the park. It is also the perfect time to rent a bike and explore.

Music fans always make a pilgrimage to the John Lennon Strawberry Fields Memorial in Central Park, one of the most visited spots in the city.

Opened in 1859, did you know that Central Park was the first landscaped public park in the United States?

Explore the heart of the city: Manhattan

As far as the early 1600s, Manhattan was already known as Manna-hata, a word believed to come from the Munsees, Native Americans who lived on the island. When the Dutch settled there in 1624 they renamed it New Amsterdam but when the English took over in 1664 they called it New York in honour of the Duke of York.

A guided tour of Lower Manhattan, the hart of New York City, is perfect to learn about the history of this ever changing city and also visit the poignant 911 Memorial and Ground Zero. 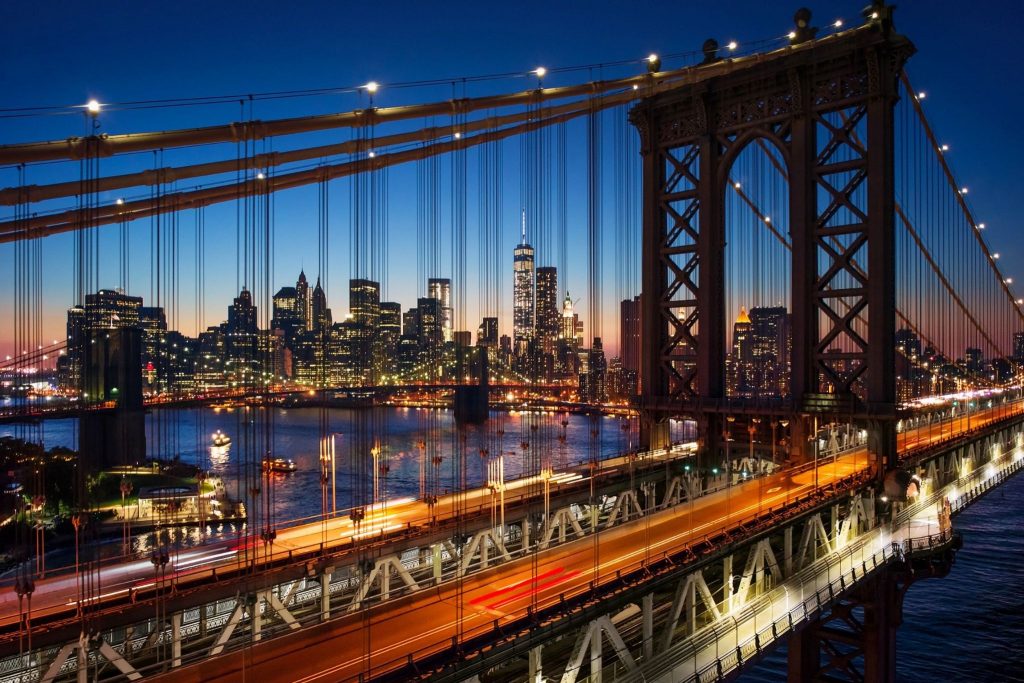 From Lower Manhattan you can take a stroll across the Brooklyn Bridge over the East River, another iconic and photogenic landmark in the city. Built in 1883, it joins the boroughs of Manhattan and Brooklyn and was the first steel suspension bridge in the world.

Go to a Broadway Show

Going to a show on Broadway, the world-famous theatre district, is another unmissable experience for students on a school trip to New York City.

It is the birthplace of musical theatre where you can enjoy the best productions in the world in any of Broadways’ 41 theatres.

The longest running musical on Broadway was The Phantom of the Opera which opened in 1988 and is still playing today. Chicago, The Lion King and Wicked are other classic long-running Broadway shows.

Another unmissable stop on Broadway is Times Square, with its neon lights, bright theatre signs, colourful advertisements, street artists and people whizzing by.

As one of the world’s most vibrant and cultural cities, New York has tonnes of museums and one for every interest: from contemporary art to natural history, the wax museum or specific for children.

The top three world-class museums in New York, and a good place to start, are: Guggenheim Museum, the Metropolitan Museum of Art known as the Met and MoMa Museum of Modern Art.

The ‘Met’, on the 5th Avenue, is the largest and finest museum in the United States and its permanent collection contains an incredible amount of works: two million! Ranging from ancient Egypt to paintings by some of Europe’s masters and modern art. It is also one of the most visited museums in the world.

However there are a myriad of smaller galleries and museums that can be really interesting for students with particular interests, for instance the Tenement Museum on the Lower East Side or El Museo del Barrio dedicated to Latino art and culture, tie in really well with the theme of immigration we explored earlier at the Ellis Island centre.

We hope you find our top picks for your school trip to New York City interesting and helpful.

You can find more details about our school tours here: SCHOOL TRIP TO NEW YORK.

Talk to our travel experts about your school trip plans and how we can help.