Are you ready to book your next flight to Germany to taste great German cuisine?

Keep reading our blog as today we are going to give you a selection of the best German food to try as you travel the length of Germany:

The “Schnitzel” consists of a piece of meat (chicken, beef, veal, or pork), which is beaten flat. Then it is seasoned with salt and pepper and dredged in flour. Finally, it is dipped in a beaten egg and then coated in breadcrumbs.

Now it is ready to be fried. It can be served with French fries or fried potatoes and in some regions, it is served with boiled cheese too.

The Schnitzel originated in Austria but today you can say it is a traditional German food. 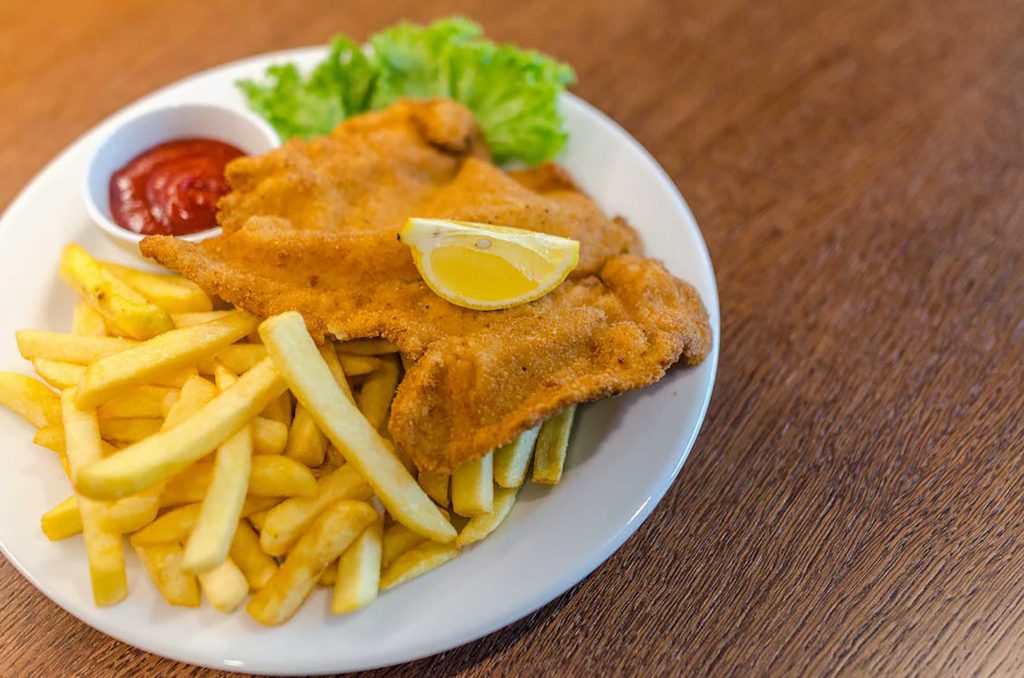 German Cheese Spaetzle is a very simple dish that consists only of flour, egg, and water. They are usually seasoned with a little salt and nutmeg. Spaetzle has its origin in Swabia located in the Southwest of Germany and its flavour strongly reminds of a thick spaghetti noodle.

Currywurst is a very popular snack in Germany , especially in Berlin. If you’ve ever been there, you should try it.

People in Germany have such a great love for Currywurst that there is even a museum for it which is called “Currywurst Museum” located in Berlin.

Some people say this is the special German food but it is only a snack. They eat it with a bread roll or fries.

According to the legend, Julius Caesar played a major role in the invention of the sauerbraten. He is said to have sent amphoras filled with beef pickled in wine to what is now Germany, thus inspiring the people there.

Almost all regions in Germany have their own variation, normally they serve it with red cabbage, dumplings, and roast sauce.

There is no agreement about the origin of the name of the “Brezel”, but it is clear that the pastry used to be baked as soft, mushy bread.

The lye dough of a pretzel consists of flour, yeast, water, salt, and baking soda. In Bavaria, the pretzel is often eaten with white sausage and sweet mustard, this is a must-try if you are in Munich or nearby.

Knödel is found mainly in southeast German cuisine and is derived from the German word “Knoten”.

There are many different types of dumplings but mostly they are made of flour, bread, or potatoes. Usually, they are served as a side dish such as with Sauerbraten. Sometimes they serve them as a dessert such as plum dumplings, or even meatballs in soup.

In Germany, there are also many famous desserts. The most widespread is probably the Schwarzwalder Kirschtorte, which as the name suggests, comes from the Black Forest.

It is a cream cake that was first baked in the 1930s. It consists of a chocolate sponge cake base sprinkled with “Kirschwasser” and sugar, a cherry filling, and cream. As a decoration on top are cherries and small chocolate sticks. 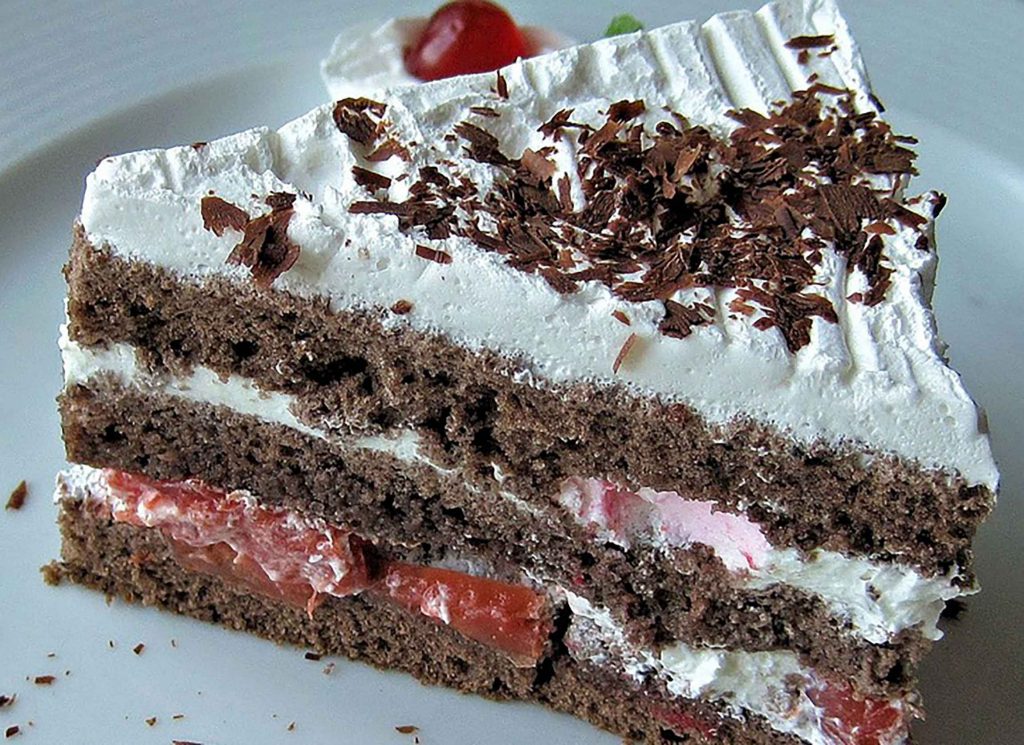 We hope you’ve enjoyed our article about tasty German food. If you wish to join us on one of our school trips to Germany visit the following pages:

Sign up to our travel Newsletter if you wish to receive updates on our tours.