The meaning of the Camino Shell - JWT Camino

Along with the yellow arrow, the Camino shell is an iconic symbol of the Camino de Santiago, the pilgrim trails to Santiago de Compostela.

But why has the scallop shell become synonymous with the pilgrimage to Santiago? 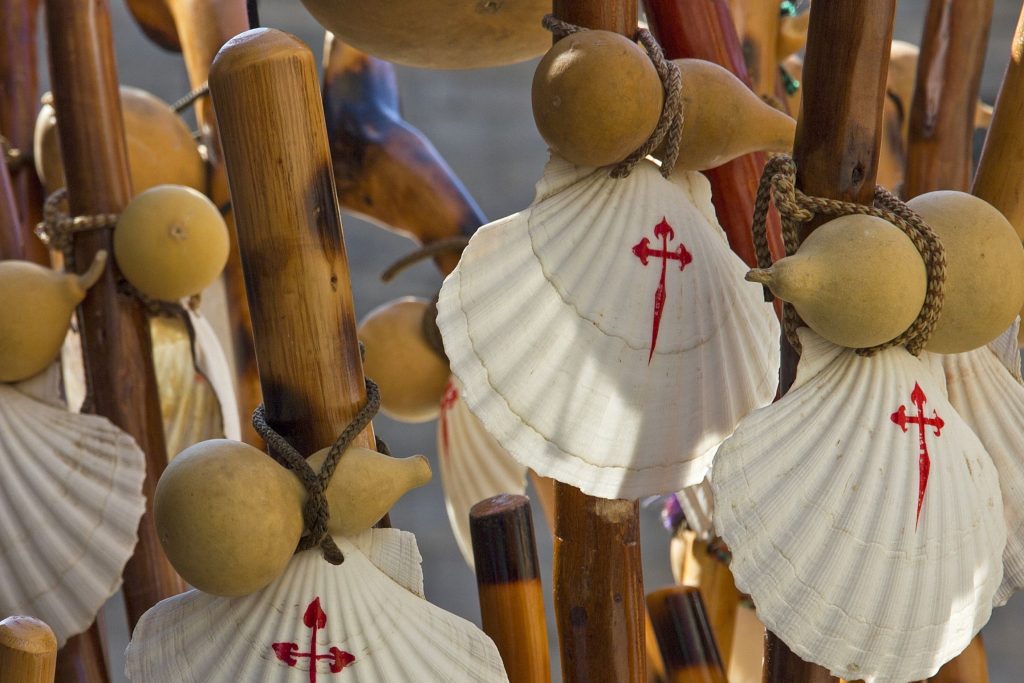 A badge of honour or the first Camino souvenir

The reason why Camino pilgrims started carrying the scallop shell is not known for sure but there are several theories and myths around the topic.

Unlike modern pilgrims, traditionally Camino pilgrims would have to walk over to Santiago and back. The scallop shell, a common mollusc along the shores of Galicia, was used by returning pilgrims as a badge of honour and proof of having visited the city of Saint James.

More than just a souvenir, in a way, the Camino shell can be considered the original ‘pilgrim certificate’ even before the Compostela was issued to medieval pilgrims.

Sellers around Santiago Cathedral in the Middle Ages are also believed to have made roaring business, selling scallop shells to pilgrims before they travelled back home, as well as shells made of silver and other precious metals.

Still today, silversmiths and traditional shops near the Cathedral sell scallop shell-themed silver rings, earrings and other jewellery to visitors in Santiago. The squares as known as Praterias (silversmiths) and Azabacheria (referring to the black jet stone) take their name from these crafts and trade.

The trade of scallop shells must have been a particular problem for the Cathedral which at some point decided it was wise to ban the sale of shells outside Santiago de Compostela with those breaking the rule being punished with excommunication.

A useful tool for pilgrims

Along with the walking stick and the pumpkin used to carry water, the scallop shell was a handy utensil for medieval pilgrims, who could use it as a dish to eat their food or as a cup to drink water.

In modern times the scallop shell has become such a popular symbol that pilgrims carry it on their journey to Santiago, not only as a memento of their achievement.

Symbology of the Camino Shell

The shape of the scallop shell is also said to represent the different routes of the Camino, all converging in one point: Santiago de Compostela.

This universal symbol of the pilgrimage to Santiago is also featured in many buildings along the routes, such as churches and hospital pilgrims, one of the most impressive is the Baroque Peregrina Church in Pontevedra with its nave designed in the shape of a scallop shell.

It was also common for Medieval pilgrims across Europe to be buried with their scallop shell, showing they had completed the pilgrimage to Santiago de Compostela.

The scallop shell is also often associated with the Goddess Venus, as a symbol of fertility but also renewal or rebirth. 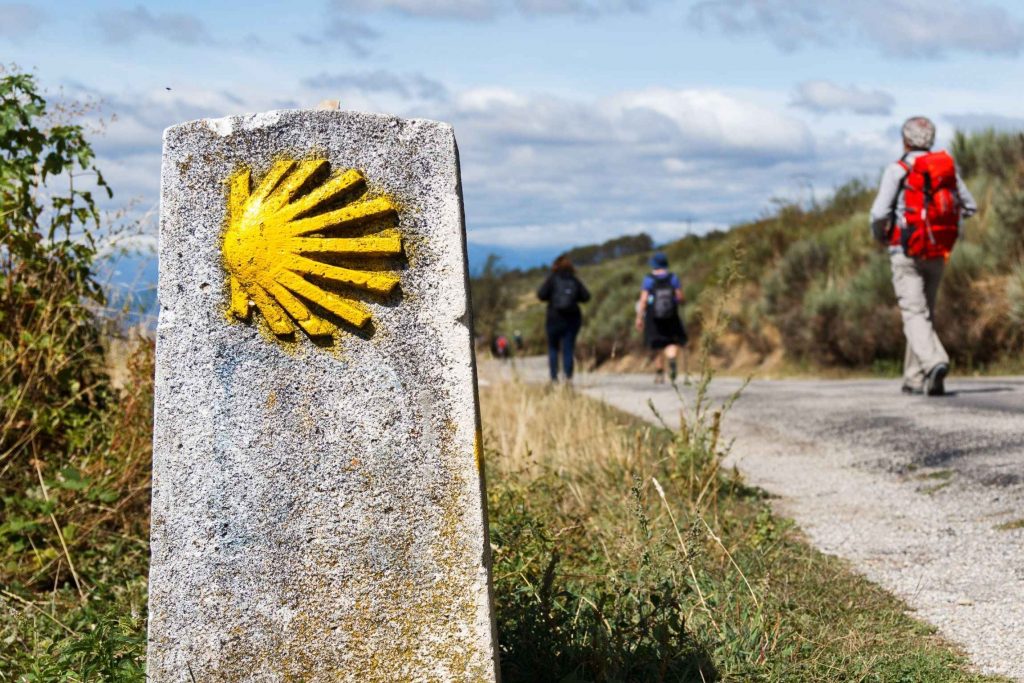 Blue and yellow scallop shell tiles are used to this day on markers, as well as painted on walls and signs, showing the way to modern-day pilgrims on their way to Santiago.

However, if you are walking the routes outside Galicia, be aware the regional interpretation of the Camino shell direction can be slightly different.

Did you know pilgrims were often known as ‘concheiros’ (shell bearers) in Santiago? As you approach Rua de San Pedro in Santiago, you will encounter a neighbourhood known by that name for that reason: ‘Concheiros’, as the main entrance into town for pilgrims walking the Camino Frances.

We hope you enjoyed reading this blog post about the meaning of the Camino shell also known as pilgrim shell. For more information about our Camino de Santiago self guided tours and Camino guided tours, don’t hesitate to contact our knowledgeable travel team.