The Camino Portugues Coastal route is one of the most walked trails on the Camino de Santiago and also part of our very special Camino Guided Tours.

At JWT Travel, we would like to share with you some of the beautiful towns you will find along this historic trail:

Redondela has a very beautiful landscape and you’ll be stunned by the numerous bars and restaurants you’ll find along your Camino Portugues coastal route. Also, what’s very impressive are the two railway viaducts dominating the blue sky that characterize this very small town.

In Redondela, visitors will find a monument dedicated to the illustrious writer Jules Verne, famous for his novel “20,000 Leagues Under the Sea”, being one of its chapters devoted to “The Bay of Vigo”.

ARCADE AND THE CASTLE OF SOUTOMAIOR

One of the stages of the Camino Portugues Coastal route is Arcade, a village located in Soutomaior in Pontevedra, famous for its oysters, and for its historic castle of Soutomaior.

It is said that the medieval castle of Soutomaior was built during the 12th century, having as well a prominent political background during the 15th century, associated with the Irmandiño revolts and the reconstruction of the castle ordered by Pedro Madruga.

In addition,and if you have some free time, we recommend a visit to the historic Pontesampaio Bridge, where an important battle took place between the Spanish and French forces during the War of Independence in 1809.

On the Coastal Portugues route to Santiago de Compostela, you will find Caldas de Reis, famous for its hot springs, of which it is said to have curative properties.

Caldas de Reis is also a place where many civilizations have inhabited including the Cilenos, the Galaicos,and the Celts, experiencing a great growth with the arrival of the Romans.

The town has great religious and cultural heritage. Here you will find beautiful architecture such as the Church of Santa Maria, or “the Iglesia de Santo Tomas Becket”, an impressive Church dedicated to the Archbishop of Canterbury in the 19th century.

One of the most important churches in Pontevedra is The Pilgrim Virgin Church, Virxe da Peregrina, also known as the Virgin of the Pilgrim and for being the patron of Pontevedra and the Portuguese Way.

With its construction beginning in 1778, this fascinating church is dedicated to the virgin of the pilgrim that looked after pilgrims on their way to Santiago.

One more place pilgrims mustn’t miss when walking through the Old Town of Pontevedra is the Basilica of Santa María A Maior, a national monument of the late Gothic style, built in the 14th century.

This town is located in the north-west part of Spain, at just 20km of distance from Santiago de Compostela.

Its particularity are the famous “Padron peppers”, green peppers served with olive oil. There is a notable saying that recites “Padrón peppers, some are hot and some are not”, and in fact the heat varies from pepper to pepper.
In honour of this delicious food, a party has been held every year since 1979 called “Festa do Pemento de Padrón” and it is always in the Fransiscan friary of Herbon because it was the friars that bought the seeds from Mexico in the 16th century.

Another interesting fact is that this town was home to some notable people, like Rosalia de Castro, a romantic poetess, known for her Galician Language work such as “Cantares Gallegos”.

Home of Camilo José Cela, Padron has a statue dedicated to this distinguished writer, Nobel Prize of Literature, and famous for his novels like “ La Familia de Pascual Duarte”. 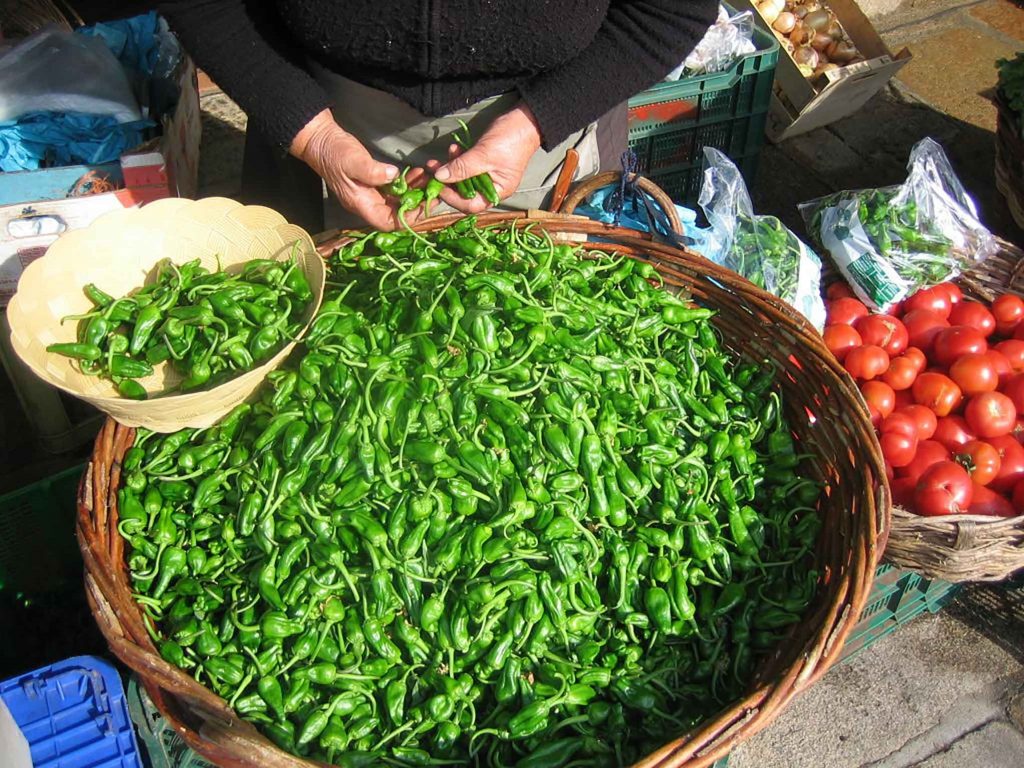 If you wish to book your place on one of our fantastic Camino Guided Tours 2023, including our Coastal Camino Portugues, visit HERE.